Exceptional Education from 18 Months to 18 Years

The German School Shanghai (Deutsche Schule Shanghai, DSS) is located in the dynamic megacity of Shanghai. One of the largest of the 140 recognized overseas German schools, the school offers a first-class K-12 education and creates a “home away from home” atmosphere for those living far from Europe. Here children from families that speak multiple languages also have the opportunity to further strengthen their German language skills. The school follows a German curriculum and the language of instruction is German.

In pre-school, children from 18 months to about six years of age are prepared for German primary school. Every day is an adventure where the students have the opportunity to explore their environment and acquire new skills, often through activities tailored to their own interests. During this process, pre-school teachers pay special attention to the development of the children’s individuality, as well as social and learning competencies.

An Environment that Inspires

The DSS creates an inspiring environment for play, exploration, and discovery with modern classrooms equipped with games and learning materials, as well as a relaxing outside play area. The focus is always on the children and their individual feelings, needs, abilities, and interests. The diverse cultural and linguistic backgrounds of the students are integrated into everyday school life. A smooth transition from pre-school to primary school is facilitated through joint activities and projects.

Personal Development in the Primary School

Children are at the heart of the educational model. Cognitive, social, and methodological competencies tailored to the needs of the students are taught using an eclectic and systematic toolbox of practices including individual/group work, project-based learning, as well as teacher-centered activities. In primary school the children have a fixed classroom and class teacher in order to create a learning environment in which the students feel safe and comfortable.

The ultimate goal is to support students in both their personal and academic development; to enable success in a school context and to arouse their desire for lifelong learning. Class teachers are supported in this process by education specialists from the learning support team. Additionally, school trips away from Shanghai, day-excursions, school and department-wide projects and activities all serve to create a strong sense of school and class spirit.

The eight-year secondary school program prepares students for the German International Abitur Exams. The program and high standards allow students to move to or from the German school system. It also prepares them for life as a world citizen. College and career counselors provide advice and resources to the students.

The German International Abitur (Deutsches Internationales Abitur, DIA) qualifies graduates to pursue studies at a university or technical institute. A DIA from a German School Abroad such as GSS is equivalent to an Abitur (Gymnasium exit exam) from a school in Germany. The Abitur is recognized internationally and qualifies holders for admission to universities around the world. Annually around 440,000 students take the Abitur. In comparison, mere 160,000 IB diplomas are annually awarded. In contrast to the Abitur, international secondary-school diplomas do not automatically provide entry to general higher education in Germany. For example, even the IB is not accepted as a general higher education entrance qualification in Germany if specific subjects such as mathematics have not been selected at an advanced level.

At the end of tenth grade, Realschule students, like DIA examinees, participate in an official examination process. Successful completion opens up a number of possibilities:

In the afternoons, students from both the primary and secondary schools can choose from over a hundred different activities offered by the Cocu department. Activities include sports, music, theatre, art, social projects, and technology, to name but a few. A school social worker is on hand to provide support to students as needed and also hold social and prevention workshops for the student body.

Projects and competitions such as the Math Olympiad, Math Kangaroo, Diercke Geography Contest, Jugend debattiert, Model United Nations, Schülerakademie, Robotik, and Jugend musiziert encourage students to push themselves. Students can take English and Chinese language classes, with the option to participate in standardized exams such as Cambridge English and the HSK. Students can participate in international training camps as part of the school's sports teams, perform in musicals and international dance-theatre productions, and participate in the East Asian Games hosted by a different German school around Asia yearly. The music department can also arrange private music lessons (at an extra cost) according to interest.

Classes at DSS emphasize activity-oriented teaching methodologies centered around the student. This methodology fosters personal development, self-confidence, social & communicative skills, methodical thinking, research and presentation skills, intercultural competence, and language proficiency in German and other languages. The transmission of German culture, as well as democratic values and behavior is also a fundamental part of the DSS experience.

The exceptional linguistic diversity at DSS prepares students from early on for an international career. Five languages are on offer—Chinese, German, English, French, and Latin. Abitur examinations can be taken in German, English, French, and Chinese.  Furthermore, DSS offers preparatory classes for the internationally recognized Cambridge English Qualifications for non-native speakers of English. 11th and 12th graders can take the Cambridge Certificate in Advanced English exam, targeted at a C1 level, and receive an international recognized certificate of their language level. Many universities require proof of prospective students’ language level, and the Cambring English Qualificationss are widely accepted. Thanks to the foreign languages offered at DSS and the fact that geography and history can be taken in English and bilingually, respectively, up to 42% of the courses during the Gymnasium phase leading up to the Abitur can be in a language other than German.

Come Be a Part of the School Community

At DSS, parents have the opportunity to be actively involved in school life. The Board of Parents, Eltern aktiv, is composed of interested parents and represents the interests, wishes, and needs of the parent community. It provides support for everyday issues, facilitates communication among parents, and, by creating a space for structured dialogue between parents and school management, participates in school development.  German is the language of communication at DSS. Non-German-speaking parents can also attend German classes offered on campus, to learn the language as well gain a deeper understanding of German customs and traditions.

Activities and Support Beyond School life

There are numerous committees that help to bring even more color to parents’ lives in Shanghai. “New in Shanghai” has plenty of information for newcomers; the event committee is responsible for the popular summer parties; and the CineClub organizes cinema afternoons for children, to name but three.

Become part of the school community

Our close partnership with families, the community that invites engagement and the trust in one another makes the school what it is - a place of learning and welcoming. From the first contact, through the first visit to the first day in the classroom or in the kindergarten group - we accompany you every step of the way and work hard for a successful school career for students. Visit our school and get an extensive insight into our educational work and our offers.

In principle, children with German or children other than Chinese nationality who are resident in China due to the occupation of at least one parent can be admitted. The residence status must be proven after school entry by presenting a residence permit. According to the Chinese authorities in 2014, children whose parents are registered in Shanghai should be given priority at admission. When registering children of Chinese nationality, a waiver must be submitted to the Education Commission of the City of Shanghai. The German School Shanghai is designed to integrate children from the German / German-speaking school system and to ensure that pupils return to the German school system or be admitted to German universities and other educational institutions.

German is the common language

Kindergarten, elementary school and secondary school therefore require a sufficient command of the German language (for the kindergarten: basic knowledge of the German language) as well as parents' willingness to promote the German language and culture in the family. When changing from a non-German-speaking system or when there are obvious deficits in the German language, the admission can be made dependent on participation in a grading examination. For children with recognizable German-language deficits, the school offers special additional support in German as a second language (DaZ). The aim of these measures is to ensure that the children can easily follow German-language instructions and attain the school's qualifications without any limitations due to such deficits. 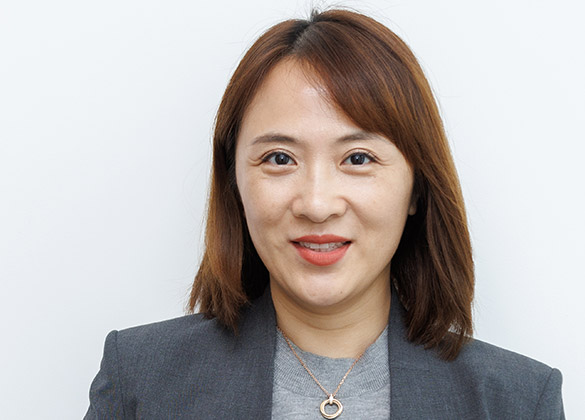 Please note: The common language at the German School Shanghai is German. Therefore, information is provided mainly in German and not multilingual.

Book a tour to see the campus

We are using cookies on this web page. Some of them are required to run this page, some are useful to provide you the best web experience.

These cookies are needed to let the basic page functionallity work correctly.

Saves the login status of your session.

The cookie is set by the Wacon Cookie Management and is used to store whether the user has consented to the use of cookies or not. No personal data is saved.

This cookie is native to PHP applications. The cookie is used to store and identify the unique session ID of a user in order to manage the user session on the website. The cookie is a session cookie and is deleted when all browser windows are closed.

Statistic cookies anonymize your data and use it. These information will help us to learn, how the users are using our website.

This cookie is used to distinguish users when collecting information about their page views. It collects anonymous information for visitor statistics.

This site uses third-party website tracking technologies to provide its services. I agree to this and can revoke or change my consent at any time with effect for the future.